It Happened in a Flash

When I started to submit my fiction to different markets, I was focused on the short story length, anything between 2,000 to 5,000 words to be more precise. I didn’t even really know what flash fiction was at that stage. I’d read the term on some of the markets’ guideline pages, but never really went any further than that. It was only when I started to read anthologies and magazines that included flash, or when writers I knew mentioned it, that I started to look more into it. Not long after that and I decided to give it a go. How hard could it be to write a story under a 1,000 words (1,500 words at some markets)? 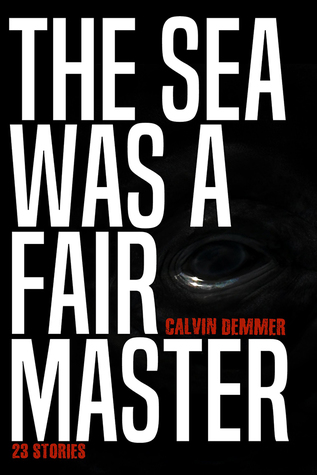 It proved rather difficult.

My first attempts would see me well over the word count and still not near the ending, or I’d have stories that felt as though they were missing something, or the story would feel unbalanced. I then read quite a bit of flash fiction, trying to see how other writers were doing it. I persevered, and finally, everything clicked. One evening I had a simple idea that just flowed, even giving me a great twist, which is rare when I don’t at least do some thinking beforehand of what I want to write. I finished the story, editing included that same night and sent it off to a market. It was soon accepted and the bug had bitten me. So yeah, it can be a challenge getting into the groove of the format at first, but once you do, the stories tend to happen in a flash.

What have I learned writing such short fiction?

Every word matters. You can’t go too in-depth with characters, scenery, etc. so finding ways to ground the reader in the world and have them care for its inhabitants and their situations quickly is important. I’ve learned to try to balance things a bit differently than in a short story, as I want atmosphere and characterization, but also want the story to move at a good pace until its ending. Flash fiction also quickly tests your skills at endings: Do you leave it open? Have a twist? Have meaningful resolution? I’ve tried all these approaches and each has its benefits depending on what you’re trying to achieve. Quite a bit of what I’ve learned writing flash fiction (making each word and then each sentence count, eliminating redundancies, etc.) has carried over to other forms, such as short stories and novellas. For me, it helped to strengthen my writing foundations. That said, it’s definitely its own beast and, at least for me, should be handled that way.

Why do I write it?

It gives me the opportunity to try just about anything. As the length is so short, even if the story never clicks, it’s not a great waste of time. I am more likely to go for stranger concepts or plots, as I also use the form as a way to experiment on ideas that might work at longer word counts but I’m not sure about. I’ve explored many different genres, which I would’ve been less inclined to do with other story lengths. In my collection, The Sea Was a Fair Master, there is horror, fantasy, science fiction, crime, and a blend of genres. There are so many different journeys and adventures to be had, and I am glad I discovered flash fiction when I did.

The world’s fate lies with a comatose young girl; an android wants to remember a human she once knew under Martian skies; men at sea learn that the ocean is a realm far different from land, where an unforgiving god rules; a school security guard discovers extreme English class, and a man understands what the behemoth beneath the sea commands of him.
The Sea Was a Fair Master is a collection of 23 stories, riding the currents of fantasy, science fiction, crime, and horror. There are tales of murder, death, loss, revenge, greed, and hate. There are also tales of hope, survival, and love.
For the sea was a fair master.
Amazon (US): https://www.amazon.com/dp/B07CT4KNB3
Amazon (UK): https://www.amazon.co.uk/dp/B07CT4KNB3
Amazon (Australia): https://www.amazon.com.au/dp/B07CT4KNB3
Goodreads: https://www.goodreads.com/book/show/40033777-the-sea-was-a-fair-master
Author Bio:
Calvin Demmer is a dark fiction author. His debut collection, The Sea Was a Fair Master, was released in June 2018. When not writing, he is intrigued by that which goes bump in the night and the sciences of our universe. You can find him online at www.calvindemmer.com or follow him on Twitter @CalvinDemmer.