Skip to content
If you like your music at the heavier end of the metal spectrum Planet Eater is a band you should have on your radar. They have a seriously heavy sound that blends the best bits of Neurosis and Crowbar into a crushing collection of songs that pummel and pummel until your ears are reduced to mush. Blackness From the Stars mixes sludgy numbers like the opener, The Boats, with more peddle-to-the-metal songs like Pile of Bones. Planet Eater leaves little in the tank by the records end. The album consists of 9 tracks. It’s short, sharp, heavy and features very solid musicianship and a strong vocalist in Donovan Turner. Hit play, let your ears be assaulted for 37 minutes and then go have a cold shower, that’s my advice. 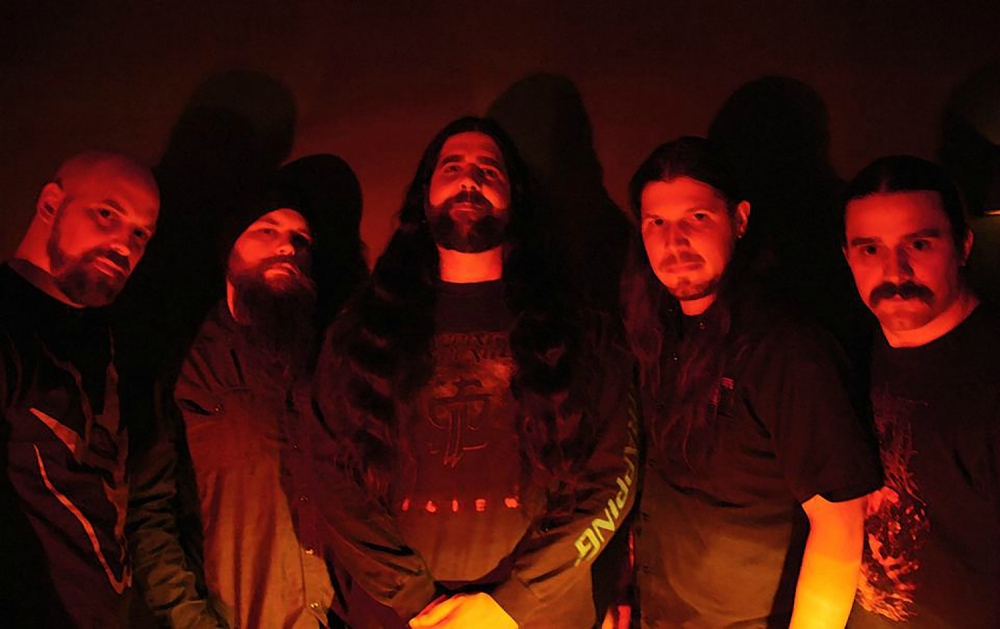 Regina, SK titans of brutality PLANET EATER return from the flat lands of Western Canada’s prairies to unleash their latest assault to the masses with their first full length “Blackness From The Stars” out now as August 4th to follow their 2015 self-titled debut EP. Blending thrash and death metal with crushing grooves and devastating vocals, PLANET EATER demonstrates hints of Morbid Angel, Converge and Bolt Thrower with elements of Sepultura, Strapping Young Lad and Gojira embedded at the core of their sound.

The album is now streaming in full at the following link: https://www.youtube.com/watch?v=Vxx4c_P2yJ8

and is available for order on the band’s on bandcamp: https://planeteater-sk.bandcamp.com/album/blackness-from-the-stars

PLANET EATER‘s intense and heavy live set can be seen this summer as the quintet will be bludgeoning for the third consecutive year Loud As Hell Fest in Drumheller, AB on August 5th with Battlecross, Aggression, Black Wizard, Eye of Horus and more.

PLANET EATER takes their name from the original nemesis of humanity Galactus, the destroyer of worlds. PLANET EATER has risen from the barren prairies, spreading their influence into Western Canada as well as gaining recognition in parts of the US, UK and Russia.

In Jan of 2015 Luc Hart recorded and PLANET EATER released their first self titled EP.  This album made significant waves with its unpredictable blend of death, thrash, groove, progressive riffing. Using the album as a tool, PLANET EATER earned slots on numerous festivals across western Canada in 2015-16. These festivals included Loud as Hell, Armstrong Metal Fest, Calgary Metal Fest, Shredmonton Metal Fest, Manitoba Metal Fest and Metal Wizard Fest with many shows in between.

Using an aggressive and unique approach to merchandising and marketing PLANET EATER continues to leave its mark wherever it travels. These merchandise sales help finance the many tours across Canada, including their first music video, Burn It to The Ground off their self titled 2015 release. Garnering thousands of views, Burn It To The Ground continues to spread the word of the PLANET EATER.

PLANET EATER used these festivals and numerous shows to gradually hone their sound and define their identity as the band they are today. In winter of 2016 PLANET EATER returned to the studio to begin recording the follow-up full-length release, Blackness From The Stars. Blackness From the Stars delves deeper into the initial styles of the band, incorporating percussive and primal natures while creating dark, layered, and atmospheric grooves.

With a new album in tow for release on August 4th, 2017, PLANET EATER descends yet again into the heart of Western Canada to wreak havoc and debauchery. Slated to play numerous dates including Armstrong Metal Festival and Load as Hell for the third consecutive year, PLANET EATER is poised to make waves in 2017 and beyond.

“PLANET EATER have a tone that makes them stand out… Check out first track and lead single “The Boats”. Within the first 20 seconds a swinging, almost blues inspired riff wraps itself around your head, and then it comes back heavier (and slower) when the full band kicks in. Around that same time, vocalist Donovan Turner makes his presence known with a full-throated straight from the guts of hell bellow, immediately calling these proceedings to order….On their first proper full length, PLANET EATER proves themselves contenders not only in the local scene but have created a product that is worthy of international listenership.” – KNAC

“Planet Eater comes across as a melting pot of amalgamate death metal. Not afraid to add some modern elements, Planet Eater brings a sound that is both nostalgic and fresh at the same time. Off to a solid start, the future looks bright for Planet Eater, even if the members consider themselves old boys in a new scene.” – The Metal Observer

“Planet Eater from Saskatchewan took the stage and with little said to the audience launched into a crushing and intense set. They were unrelenting as they tore through their twenty-five minutes and left the audience wanting more.” – Metal Rules (Live Review – Calgary MetalFest 2014)