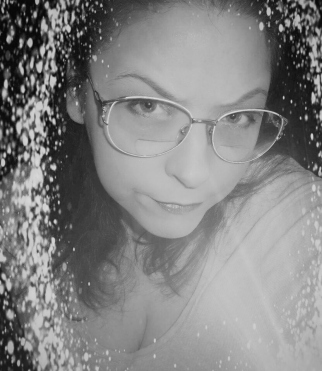 Diana Lucretia Stanhope is the author of the ‘Elemental Witch Trials Novels’, a series of books described as dark, paranormal fantasy that have a romantic current running through them. Not content with writing one book, the series now spans 6 in total! Diana also recently released new novel, ‘Rather Be Fishing’, a tale about reclusive southerner, Mike who is a monster hunter! It features Werewolves, Vampires, Chupacabras! Oh my!

Diana stopped by recently to chat with The Grim Reader about life in Kansas, writing and her books.

TGR: Welcome, Diana. First of all, tell us about your journey to becoming a writer; where did your love of the written word come from and when did you decide you wanted to pen your own stories?

I’ve always been a daydreamer, making up stories to amuse myself at first. That progressed to telling stories when I started school. I was blessed with a series of encouraging teachers, both in elementary school and college. My first novel, a very dark fantasy, which is thankfully out of print and written under another name, was published in 2003, along with a few other short ventures that are also unavailable and much darker than what I write now. I retired from writing for ten plus years, when my health took a nasty turn, fully thinking I was finished with that creative outlet. It has been a surprise and a joy to be back behind the screen again, sharing my imaginings. A big part of what started and keeps me going is a deep love for reading, and a desire to write something that might inspire that same love of books that my favourite authors gave to me.

TGR: Who are some of the writers you enjoyed reading as you were growing up and who do you enjoy reading now?

Horror has been available to me from a very young age, since my mother was a fan as well. So after my Dr. Seuss, Shel Silverstein stage, I skipped the Goosebumps stage and went straight for my mother’s bookshelf and Stephen King. I will always love King. He was my first grown up author. As a young reader, I also enjoyed John Saul and Anne Rice. I filled out my own shelves with those and Clive Barker, Simon Clark, Brian Lumley, Shirley Jackson and Richard Matheson to name a few. In addition to horror I do enjoy a good mystery and romance as well, but so far no one author in those genres has captured me like horror authors have. I’ll pretty much read anything as long it is a good story.

TGR: What do you believe are the key ingredients needed in writing a good story?

I think the main and most important thing is to have characters that a reader will connect with, good or bad. The plot must be solid, especially in genre fiction. If you expect a reader to suspend belief for the fantastic parts of the story, you must have everything else around it as believable as possible. Plot holes kill me. I think the last ingredient is getting the pacing right.

TGR: You have a series of books called ‘The Elemental Witch Trials’ What sort of journey should readers expect from the novels?

I’m so tickled you called it a journey, because it really is. They should expect to start with a sweet, spell-casting witch in a story that has a cozy mystery feel. There is an underlying mood that might let some know the series direction will shift. By part two when vampires get involved, things get darker. The progression takes my lead witch, Gwen, and readers from unassuming beginnings, to witches’ council, vampire tribes, and off realm kingdoms. The underlying theme is a quest for freedom of will as the witches struggle against the vampires, who control everything behind and sometime in the front of the scenes.

TGR: With ‘The Elemental Witch Trials’ did you always plan on continuing the story over multiple books or have the characters simply taken on a life of their own?

I did intend for it to be a series, but here is the funny part: I wanted to branch out from horror and write a para-cozy. Even though they have a paranormal theme, the tone is light and sweet. That is what I aimed for in part one. However, by part two the characters said to me, sweetheart you need the darkness, let us bring it. Who am I to argue with characters, especially fanged, winged vampire masters? 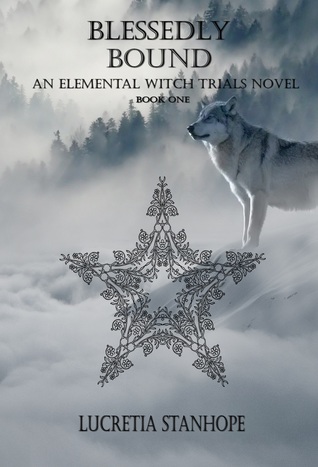 TGR: Now, The Grim Reader actually did a little digging about witches and pagans in Kansas and it seems there is quite a scene there. I found numerous online communities and groups associated with witches and pagans in the area. Is this something you are involved with and was this the catalyst for the books?

Actually you probably know more than me about it, in fact you must, since I had no idea. I’m a solitary creature by my very nature.

TGR: You took a break from the series earlier this year to release ‘Rather Be Fishing’, a tale about a monster hunter! Tell me more…

I had so much fun with Rather Be Fishing. It’s told in parts rather than chapters, each part being a self-standing story of a call where Mike has to handle a monster. The main character, Mike, is a rough around the edges southern boy, who would rather be doing pretty much anything other than hunting monsters. He says the things most of us think but know better than to say. In addition to being my exploration in sarcasm, it was a great chance to explore myths surrounding monsters and make up some of my own. 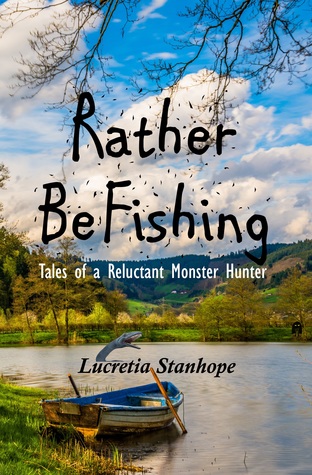 TGR: Let’s talk about your home life. You live in Kansas, in the Midwestern United States. I have an image of vast wheat fields and endless blue skies. Tell us a little about your life away from writing.

You’ve imagined correct. The small ten block radius of my little town is surrounded fields, cows, crops and the like. As a horror fan, this place would probably scare you, it’d be a perfect setting for some coven of witches to … never mind. Mostly my days are spent letting my dogs and cat in and out. They have issues with being on the wrong side of the door regardless of which side they are on.

TGR: Is there much of a writing scene in Kansas and if there is how involved are you?

I honestly don’t know. When I say we live in a small town, I’m serious. If there were a writing scene I imagine there would be several hundred miles of cornfields and rolling plains between it and me. I’m happy with that.

TGR: What else do you do with yourself when you are not writing?

I love yarn arts. Crochet gives me hours of enjoyment. I’ve created so much beauty with a little yarn and my crochet hooks. In addition to beautiful blankets and shawls, I’ve also crocheted some pretty cool dolls, Pinhead and Chucky are my favourites. Knitting on the other hand makes me mad with my lack of skill. I’ve created a lot of piles of torn back yarn. If the weather is nice, I enjoy a day at the range. That is pretty much the only thing that gets me out of the house, aside from the required adult tasks that must be tended to. If the weather isn’t nice my husband and I enjoy gaming. We play a variety of styles from COD shooter types to fantasy RPGs.

TGR: What else do you have planned for the rest of 2017 and beyond?

I am in various stages of editing, and preparing several novels, including a few paranormal romances, and parts seven through twelve of the Elemental Witch Trials. The only thing slowing me down is that I would rather be writing. Beyond that, I’ll just keep telling stories as long as there is someone to listen to them.

TGR: Diana, it has been a pleasure having you over. My thanks.

Thank you for having me.

A warm spot grew from the coldness and wrapped around her. The whistle of the wind stopped. The smell of burned pine, death, and ice mingled together in the air like a macabre barbecue. She knew she stood in the right spot.

The trees appeared as dark shadows of some unknown monsters reflected against the white snow. She turned away from the imagined monsters toward the manor she couldn’t see anymore. An isolated sense of dread washed over her. She drew in a deeper breath, the air dried her throat. Every exhale formed a cloud before it faded, sucked into the void she felt.

Her face shivered, teeth chattered, and fingers felt numb. The urgency to get on with her attempt at a vision pulled her from her drifting thoughts. To delay any longer meant a real risk of frost bite.

A flash of black cut through the snowy air. Lewis.

She pulled off her gloves, reached her hands out to the rough bark, and rested her bare palms on the burnt tree. The tree where her grandmother died.

Pick up a copy of ‘Blessedly Bound’ from here.