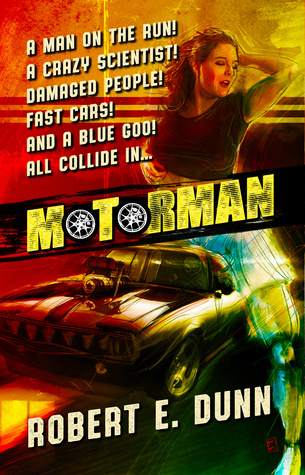 ‘Motorman’ by Robert E. Dunn was quite the success story for me. For a start, the Erik Wilson cover art had me sold. The small press have some of the very best cover artists working alongside them and I am never disappointed with Wilson’s work. The cover art for ‘Motorman’ is one of my favorites this year and it gives you a pretty good idea about the sort of book you are about to read.

‘Motorman’ isn’t just about cars and it is a shed load of fun. A brief synopsis sees a man (Johnny Burris) fleeing from his past-a night where things got out of hand and people ended up dead. He arrives at a run-down gas station where all is not as it seems. Looking for a place to lay low, Burris accepts a job as a mechanic. This is where things start to get a little strange as odd people keep turning up with interesting body modifications. Not only that, Burris keeps seeing mysterious blue lights in the sky.

‘Motorman’ is a quick read and this is one of its strengths. I read this in two sittings, but probably could’ve finished it in one. The pacing is great and the story flows well. Burris is an interesting character, flawed, but kind of likable. I wouldn’t say that he is a hero (he is a murderer) but I did enjoy reading about him. Other characters are given enough for you to be able to judge them for yourself; most start off with good enough intentions but we soon learn that there is an evil undercurrent lurking beneath the surface of most of the people, particularly with the owner of the gas station – a real Victor Frankenstein style character!

Of course there is car talk, but that didn’t bother me. In fact it is one of the things that make this story highly original. The ending was terrific and although there wasn’t much information about the strange blue goo, it didn’t detract from the B-movie style greatness that is ‘Motorman’

This book has a lot going for it and will appeal to a wide variety of readers. It has a bit of sci-fi, some body horror but overall it’s a great, fun thriller. After a recent horror binge it was good to read something completely different. I loved it.

You can pick up a copy of ‘Motorman’ from here.

Follow along the tour with these hashtags: #Motorman #FastCarsandBlueGoo #MadScientist

Running from a night of humiliation and murder, Johnny Burris leaves his home in an urban junkyard fleeing into the Ozarks countryside. While he flees, mysterious streaks of blue light in the night sky drive him into a bit of nowhere lost in the hills. Johnny thinks he’s found home and good work in an odd little gas station from another time. The station isn’t the only thing strange and Johnny quickly gets pulled into a world where the cars aren’t the only things all chromed out and everything seems touched with a little of the flying blue streaks that led Johnny there.

Enticed and torn between two sisters, one an outcast for her normality, Johnny becomes the pawn of their father. The old doctor is looking for a replacement and Johnny Burris is the man with just the right skills.

But Johnny doesn’t want anything to do with the doctor’s plans so he runs, taking one of the sisters with him. But the people, and the girl, turn out to be even more than he imagined. And his whole world becomes the one choice, live as a monster, making monsters or die like a man. If he chooses to die, who will he take with him?

Robert Dunn was an Army brat born in Alabama and finally settled in Nixa, Missouri. A graduate of Drury College with a Bachelor of Arts Degree in Communications/Film he also earned a second major in Philosophy with a minor in Religion and carried an emphasis in Theatre. This course of study left him qualified only to be a televangelist.

An award-winning film/video producer and writer, he has written scripts for or directed every kind of production from local 30-second television commercial spots to documentary productions and travelogues.

A writer of blognovels and contributor to various fiction websites his work has also included the book length prose poem, Uncle Sam, the collection of short stories, Motorman and Other Stories and novels Behind the Darkness  and The Red Highway.

“A thoroughly gripping read. Dunn is a writer with guts and the chops to grab his readers by the eyeballs and dare them to look away.”
–Hunter Shea, Author of Tortures of the Damned and The Dover Demon 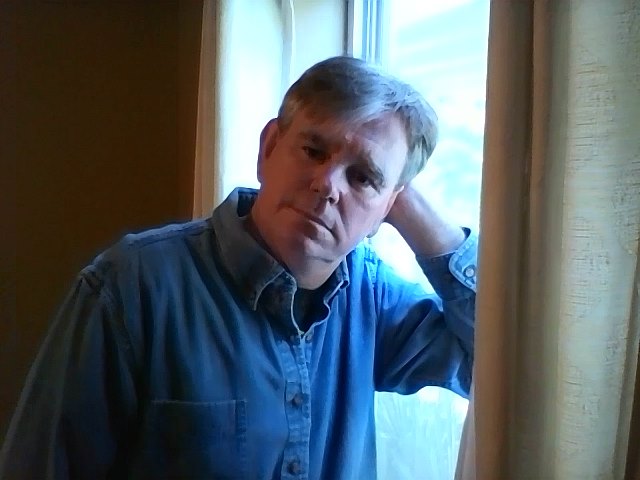